How Do Royalty Celebrate Birthdays?

Many people have dreamed of being part of the British royal family . Royals exude power, elegance and a lifestyle to be envied by all. Still living the old traditions, the English royal family must follow customs and some rules that we would never imagine. Believe it or not, they can’t enjoy all the privileges in the world or go out and do what they want. 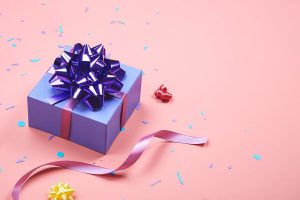 Just as we have our rules to follow, they also have theirs and, perhaps, should follow more rigidly than ‘ordinary’ people. Birthdays, for mere commoners, are an excuse to celebrate life together with family and friends. But does the royal family celebrate in the same way?

Queen Elizabeth II’s 95th birthday this year was nothing festive. That’s because her husband, Prince Philip, had passed away a few days earlier. But if it were under normal circumstances, what would this celebration be like? With less luxuries than most people imagine. However, of course there are some treats that anyone would like to earn.

According to “Hello!” magazine, the family member who is having a birthday is entitled to a day off. He won’t need to make public appearances, attend important events or meetings.

This time off leaves them free to throw a discreet family party or plan a lavish event. However, sometimes the sense of real duty speaks louder. For example, in 2018, when Prince William spent his birthday at the opening ceremony of a rehabilitation center in Northampton, England.

But when they have parties, for the most part, they are modest celebrations. Although the royal family has the money and all the means available to throw a breathtaking party, the members prefer to spend time with their close friends and family away from the spotlight. 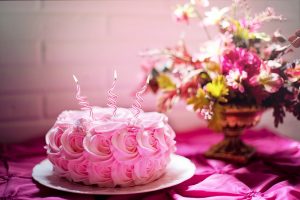 And that goes for real kids too. For example, Prince George and Princess Charlotte celebrated their birthdays with simple parties at home, together with friends and family.

Even out of the spotlight, what can’t be missing at a party is the cake. And the royal birthday cake is a tradition. And it’s a special honor to bake the cake for the queen.

These celebrations are kept confidential and no photos are shared on social media. The only exception is the traditional annual birthday photo that is posted by the Palace or the profiles of the royal members.

The celebration can be private, but one certainty is that there will always be a salvo of arms. Cannon fire, for example, is given on the queen’s birthday. The basic salute is 21 shots, which are fired every 10 seconds.

Monarchs and heirs to the throne are also honored with a commemorative coin on milestone anniversaries. One of these themed coins was made for Prince George by the Mint at his birth. And another on your fifth birthday.

Currently, the royal family has its presence on social networks. And whenever it’s a birthday of one of them, the internet goes crazy wanting to know and see the celebrations. And they often post old photos to quench this curiosity from fans.

And a tradition was started by William and Kate. The couple publishes a new photo of their children on their birthday, so that the public can also follow their growth.